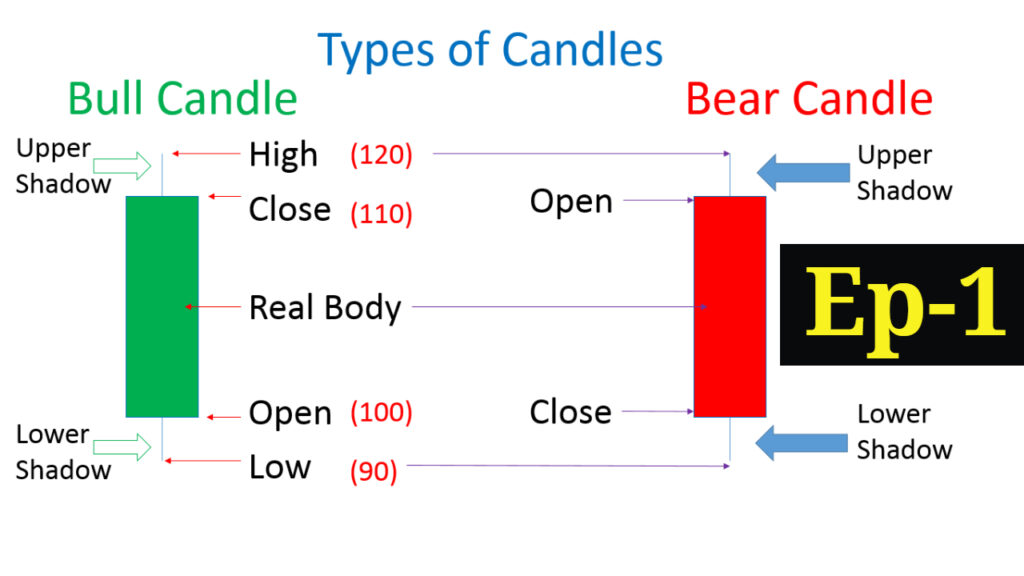 Here we are going to explain candlestick patterns in basic. First we will discuss the types of candles. There are two types of candles. One of these candles is called a bull candle. The second candle is called the Bear candle. Let us now understand about these two in turn. Types of Candles, Candlestick Patterns

All the parts of the bull candle have been written in the image shown above. There are mainly three parts of the candlestick, which are as follows – real body, upper shadow, lower shadow.

Real Body – The center of the candlestick is called the real body. The size of the real body depends on how much the market is fluctuating.

Upper Shadow – You can see a line above the real body. This is called the upper shadow. This line shows the highest price of the day.

Lower Shadow – The line you see below the real body. It is called the lower shadow. This line shows the lowest price of the day.